Are you a beginner podcaster who is looking for ways to carry out a podcasting session? Do you want to get rid of the whole stress of having to share one microphone with your co-podcaster?

Or have you already been in the business and also want to achieve the same thing?

Well, this article is just what you need. here I try to show you how to record a podcast with multiple mics for Mac and windows, both users

Recording a podcast episode is great and fantastic, but what can make the whole fun feel tiring and time-wasting is not carrying out a podcast in your style.

Whether you are doing interviews, talk shows on a radio session, whatever you are trying to record, sitting some length apart from the other person without sharing microphones will surely come in handy. 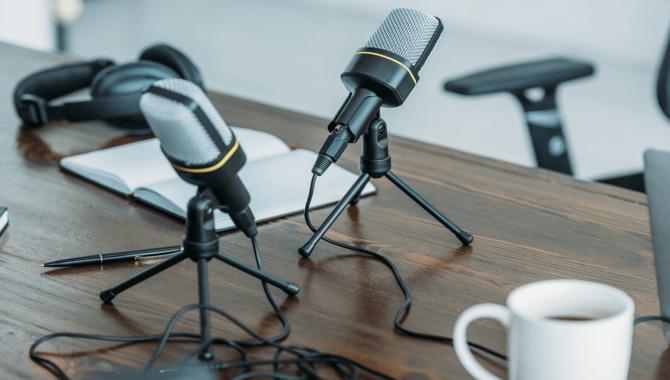 How To Record A Podcast With Multiple Mics? 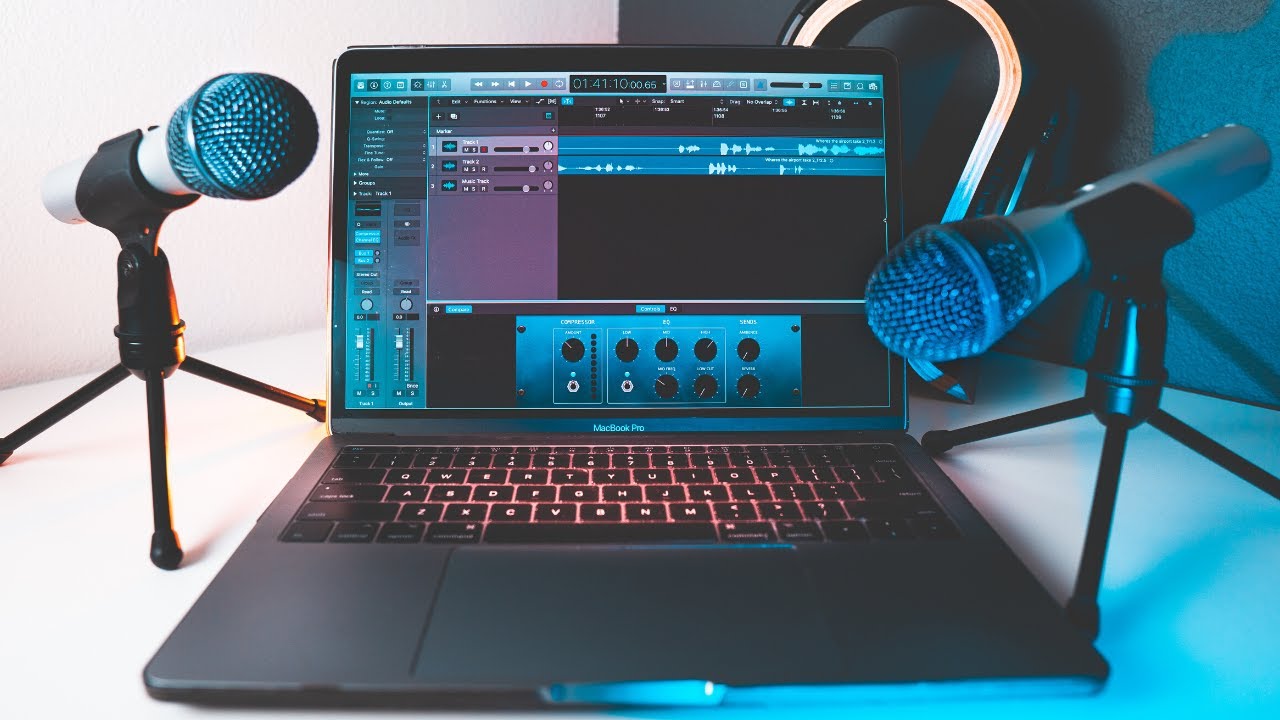 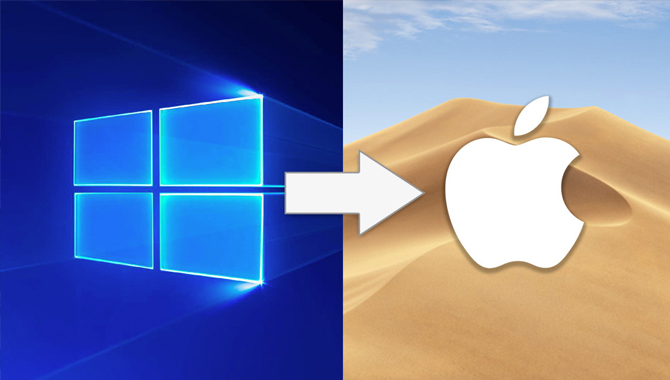 I recently had a friend complain about trying to shoot a video of him interviewing selected people. He was concerned about having the whole process look amateur and poorly planned. Sharing a mic with an expert in their field will look like your show is below par.

I’m going to give you some of the simple things I offered him. Maybe all you want to be able to do is record a conference call or just your voice singing. You are going to find these tips just as helpful.

Before we go on, you must do something before carrying you along in the process for Mac users. Using a Mac is slightly different, and you must follow these simple steps first:

That process is for only Mac users who want to record a podcast with multiple microphones. The next step to take right now is to move on to the digital audio workstation, whether you’re using Audacity or Adobe audition.

The procedures below are what you need to take to record a podcast with several microphones.

Before beginning, ensure that your USB microphone is already plugged in whether you use a computer or a Mac

That’s all that there is when it comes to recording a podcast with multiple microphones.

Remember that you’re likely going to be hearing the recordings on both microphones, even if you’re only speaking into one when you have begun to record. It is because the microphones are close to each other.

To stop one microphone from recording while speaking into the other, you would need to mute the other. That way, nothing goes through it into your recorder, and you do not get any echo sounds. 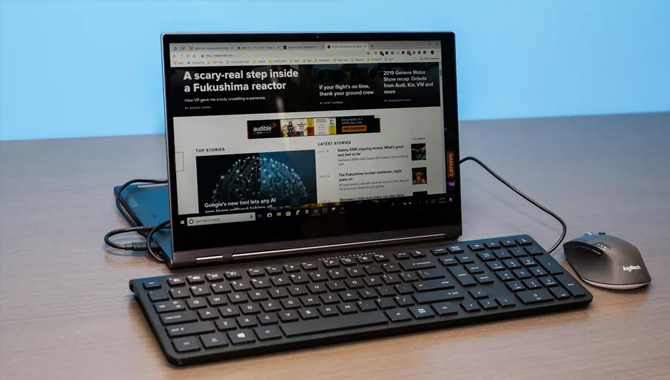 Probably all your laptops are own if you and your various co-hosts possess any USB mic.

With this approach, you would only collect your audio on Audacity in the same room, each on your machine.

A few loud claps before the episode begins to offer you a decent marker to synchronize the audio tracks in post-production together. 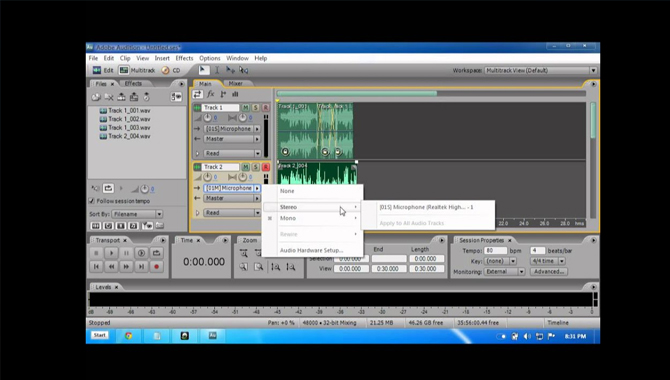 It is a somewhat involved option. Here, you will want tools for recording and editing, such as the commercial programs Adobe Audition or Reaper.

You would also use the free ASIO4ALL audio driver with this arrangement.

Use a Digital Recorder 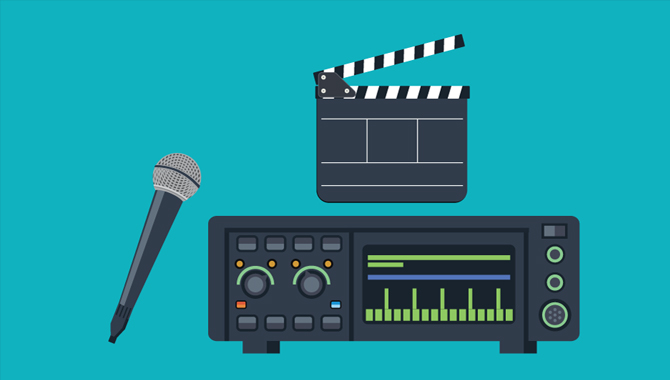 How about taking the computer out from the equation and using the Zoom H5, Zoom H6, or Zoom PodTrak P4 digital recorder?

Furthermore, these recorders allow you to connect several XLR mics to each audio track and record them. This configuration works well in-house or in-house, but it has flexibility. Without a ton of gear, you may go to the field or at the spot and record large audio.

To record up to 6 separate recordings concurrently, use the Zoom H6. Most importantly, you can plug in four XLR mics with the PodTrak P4 and record good audio quality online calls with it. 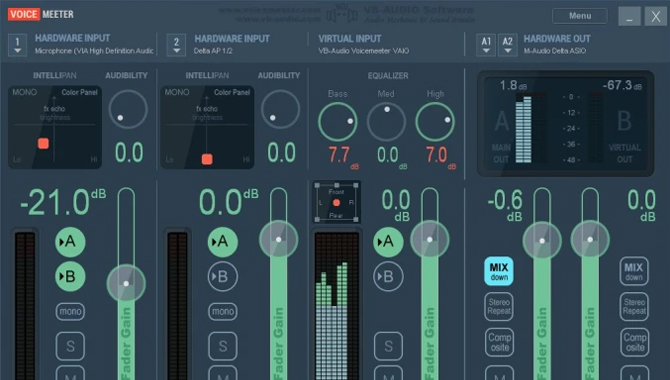 Voice Meeter is a typical approach to record 2 USB microphones for Windows. It is a free virtual audio mixer that allows you to configure a range of input choices.

Once downloaded, the control interface for Voice Meeter allows you to pick and manage a second USB mic.

Then, you can construct a “Voice Meeter” input and output source, which is selected in Audacity.

You may now record simultaneously with both your USB mics.

The tiny hitch is that both microphones are being recorded on the same audio track inside Audacity (whether mono or joint-stereo).

In the picture on the right, you can see how. The left and right tracks contain the input of both USB microphones precisely the same.

Ideally, we can acquire one microphone to the left, the other to the right. However, it isn’t a great difficult to combine them in this fashion.

Therefore, the audio will be less controlled during the post-production phase as each voice cannot be edited and processed independently.

1. Have Enough Channels for a Mixer?

Ans: When co-hosts become part of the production, the blender becomes an essential piece of equipment. You can attempt a microphone and two voices technique, but the finished result is difficult to control and blend after production.

All participants require their mics for the most incredible sound and optimum control. This signifies that the mics have XLR connectors, not USB. Two hosts and two channels you’re going to require. 4 hosts, four channels.

You may want some more music, sound effects, and more, and don’t forget that. Moreover, make sure that the blender can cope with the requirements in the studio.

2. What Matters in A Podcast?

Ans: For solo speakers that record straight into a microphone and bi-dirigent microphones, which record two speakers front and back, most podcasters should stay with cardioid microphones. Best equipment for Podcast (For Beginners & Pros)

3. Where Do I Put Podcast Mics?

Ans: The good location of the microphone from the lips is around 6-8 inches. When I’m in front of the mike, I teach my pupils to hang loose.

So, stretch the finger and thumb into the “hand loose” or “call me” gesture. Then put your chin’s thumb and your rosy tip inside the microphone.

The actual positioning of your mic depends on the stand you choose. Moreover, put your mic on your desktop if you have a desktop microphone like the one with the Blue Yeti,

4. What Is a Condenser Microphone?

Ans:  C. Wente designed the capabilities of this microphone in 1916 at Western Electric. It was also known as the Condense Microphone, and another name is Electrostatic Microphone.

It functions as a condenser plate, and the sensations cause distance which shifts among the plates. Condenser microphones use an electrostatic mechanism to make sound utilizing recharged metal plate systems.

The distance between these two plates varies whenever a sonic wave impacts the diaphragm, causing a change in the electrical characteristic known as capability.

5. What Is a Dynamic Microphone?

Ans: Dynamic microphones are hence microphones which by electromagnetism turn sound into an electrical signal. They are divided into two different categories: spindle and ribbon. A spiral capsule moving:

The wire coil enclosed by a permanent magnet may be seen on the back of the transparent membrane. Dynamic microphones work utilizing a diaphragm on a wire spiral on an electromagnetic principle.

A thin metallic diaphragm is coupled to a wire spindle in a dynamic microphone. In reaction to the sound wave, the diaphragm vibrates the bow.

In conclusion, remember that the Mac has a different starting technique each time you are recording with it. Ensure always to bear that in mind and the background noise.

Finally, remember that the settings and interface might differ depending on the digital audio workstation that you are using.

I hope these tips were helpful to you. Furthermore, you learn how to record a podcast with multiple mics. If you have any queries feel free to comment.

Tags:Here Are Some Tips And Step Guide For Mac and Windows Users, Record A Podcast With Multiple Mics 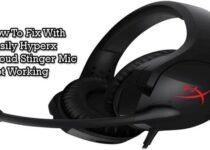 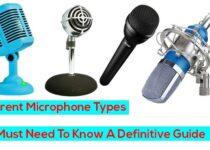 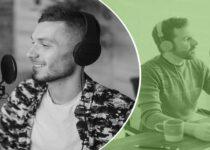