Are you thinking of running that interview but you’re not sure as to how you can successfully run the boom microphone for two people interviews to cover both the interviewer and interviewee? Are you looking for tips on how to do this job and make it a lot easier? Well then, you have come to the right place.

The joy of using a boom mic is that you get to record all the voices of your subjects without having the mic interrupt the video. Holding a boom mic is one skill that you will find helpful if you like movies, a part of a video shoot or an interview session,

or if you are even just a prankster. In this article, we’re going to look at the best ways to use the boom microphone for two people interviews. 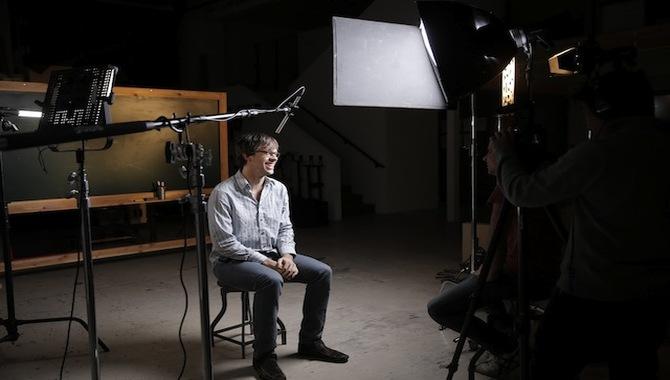 What Must You Try To Prevent When You’re Recording A Two-Person Interview? 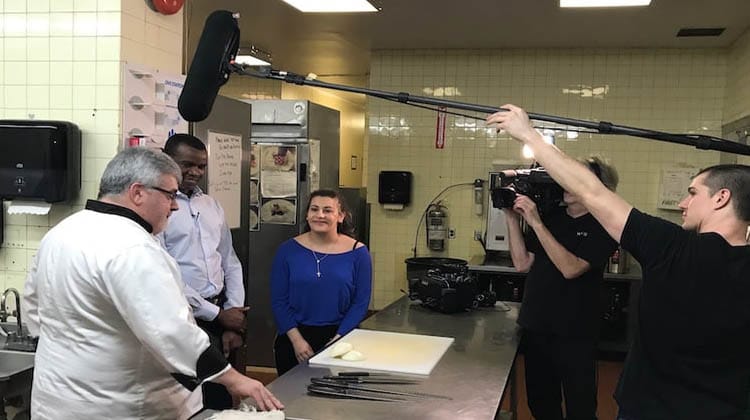 It is easy to record two people with two mics, however, you want to reduce the interference of one Mic on the other as much as possible. Here are some problems that you can probably face while doing this. 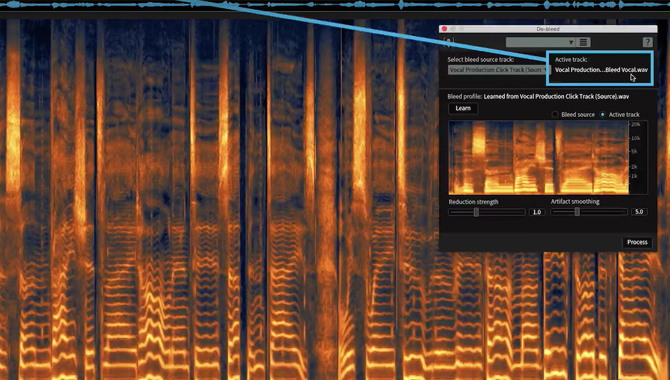 Mic bleeds occur when one Mic starts to pick up the sound that is being directed at another mic that is very close by. Based on the strength of boom mics to pick up sounds, you would more easily encounter this issue. You must ensure that the focus more energy on the technical part as well as the arrangement of the mics.

The best part of using a boom mic is being able to record the audio at a very good sound level while at the same time avoiding the camera. This makes the video shoot look a lot more mature and sophisticated.

When you’re recording two people, you will usually get tempted to move the mics closer to the subjects. It gets a lot harder when you’re using just one microphone. Moving the boom mic from one subject to another without interrupting the video is a skill that needs an entirely new article on its own. 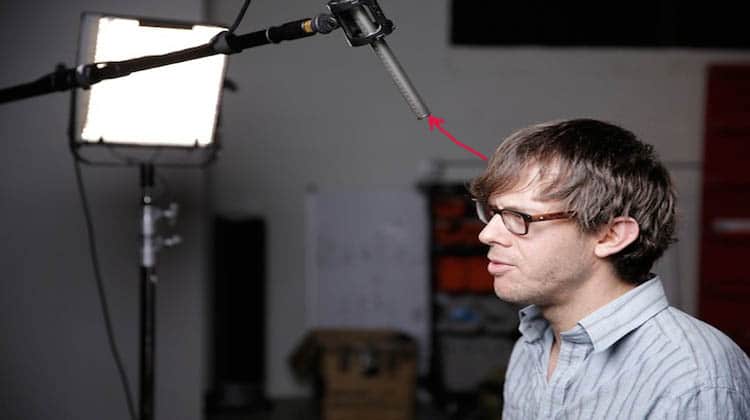 The distance of one mic from the other can greatly improve the audio quality and reduce the noise. If you’re ever used two mics before at close proximity, you would have discovered that the mics begin to send a very loud and awful noise to the speakers.

If this happens to your interview mic, especially if it is a live one, you are not only distorting the show, you are also sending a bad signal to your viewers.

With all that already cleared, you can now move on to how you can properly record an interview of 2 people with boom mic.

How To Use Your Boom Microphone For Two people Interviews? 3 Easy Ways to solve 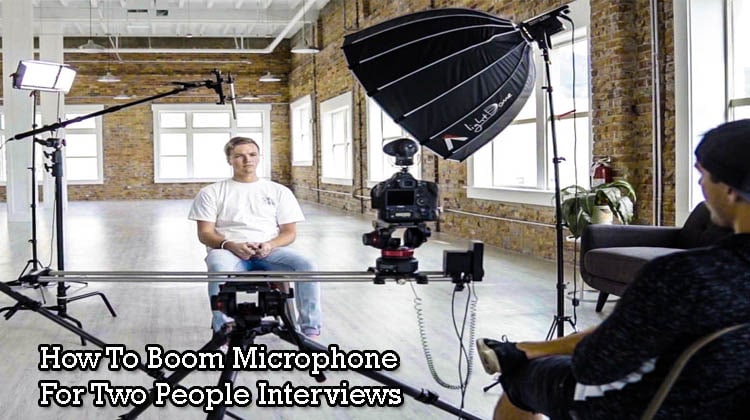 Now, how do you use a boom mic for two people interviews? It is quite simple, you’ll just have to follow these steps.

1. The Three To One Technique 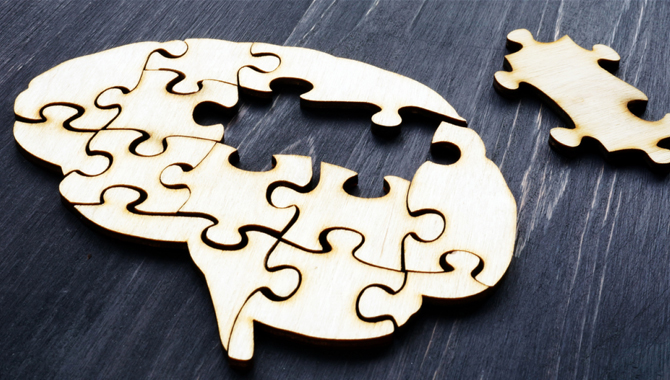 I have explained this earlier when I talked about the distance and how it affects the audio quality. The distance can greatly influence the smooth flow of your interview session, this is why you must pay close attention. For starters, you could get awful sounds, mic bleeds, video interruption, and several other issues.

That way, you would have reduced the mic bleeds (it won’t entirely stop it, but it will reduce it), you would also have stopped phasing which is the occasional awkward noise that it could give off. 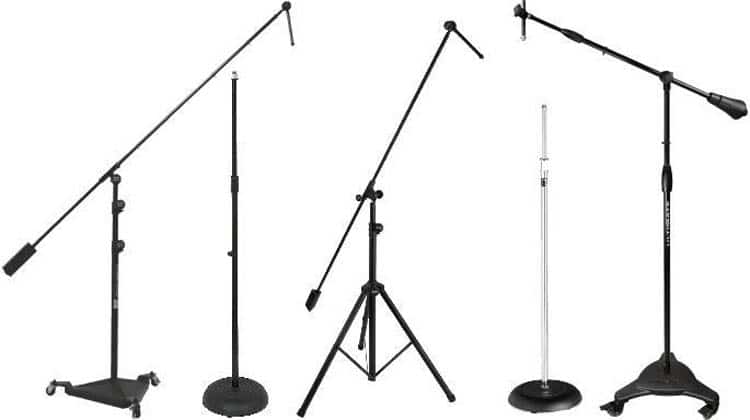 If you’re recording a 2 person interview, one mistake you must try to avoid is hoping that you’ll be able to navigate the microphone all by yourself throughout the entire interview. While that is possible, it could result in some problems along the line.

Investing in a Boom mic stand and boom poles that let you maintain distance and easy movement is going to go a long way to make the process successful. It is also a good way to ensure that the mics don’t interfere with the video or hit the subjects. 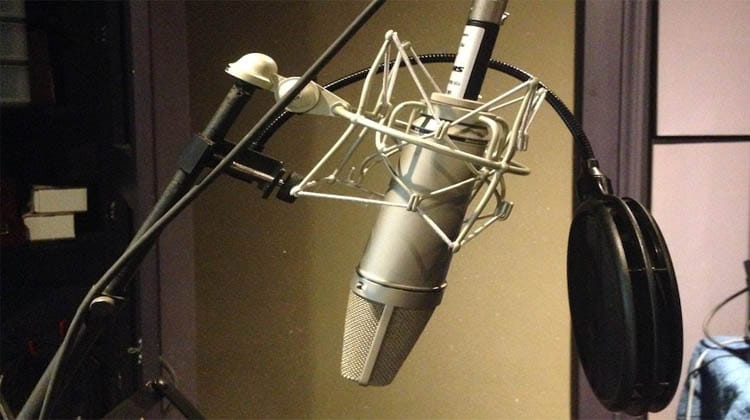 Another major factor to consider when setting up your 2 person interview is the quality of your microphones. You must know that there are several microphones out there that are not fit for recording interviews but are good in their own rights.

The focus should be on getting the perfect microphone that can reduce the background noise, and increase the audio reception. Whether you’re choosing a shotgun microphone or any other type of microphones, the goal is to go for one that makes the job a lot smoother.

In conclusion, remember that there’s very little you can achieve if you don’t first consider the possible problems that you can come across when you’re planning an interview. And also, the quality of your microphones would come in handy during the setup.

Hope these tips were helpful.to learn how to use a boom microphone for two people interviews 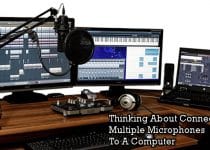 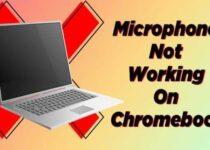